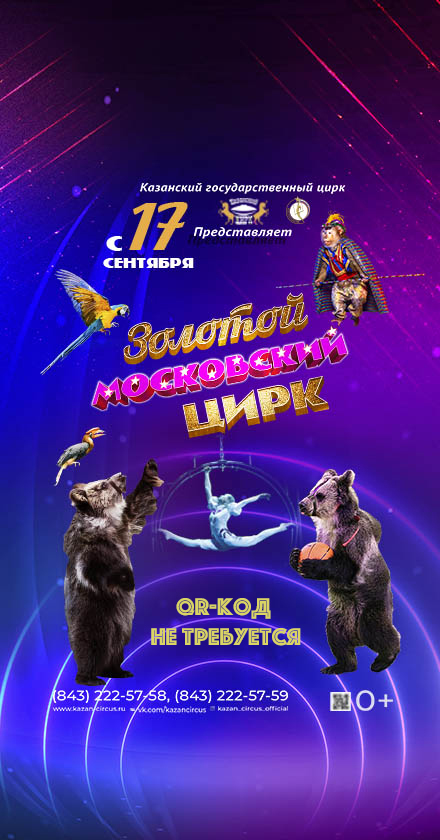 The history of the circus in Kazan has over 100 years. The first permanent circus in Kazan was built in 1890 by the founders of the Russian national circus brothers Nikitinai. It was a wooden circus on Bathing lake. In 1924 the Kazan circus has got the status of state. The building, built Nikitinai, lasted almost forty years.

In 1928, instead of Nikitinsky circus, at the same place, erected a new building is also wooden. The circus was awarded the name of the eighth anniversary of the Tatar ASSR.

Although the new building was soon reconstructed and adapted winter view, served it a little more than thirty years. In 1961, the circus because of the emergency state was closed, and this, in fact, ends the story of the old Kazan circus, associated with the name of Nikitin brothers. The dilapidated building that was once involved in a flame and burns to ashes.

And... is the beginning of a new Kazan state circus. The "flying saucer", space silhouette of which has now become an integral part of modern city building, a kind of exotic dominant at the foot of the ancient Kremlin hill. The opening of the new building of the Kazan circus took place on December 9, 1967. This unique structure, equipped with modern circus appliances, built by architect G. M. Pichueva, engineers O. I. Berima and E. Yu Brudno. The volumetric-spatial composition the building just as original as classically simple, and elegant. Indeed, circus looks like two tightly closed giant bowl sinks. Monolithic reinforced concrete conic shell without internal supports and is the original peculiarity of the building.